Living in South Africa will provide the extremes of intense behaviours and passions.
And though most things run smoothly for most of the time, there are moments when we get an extra dollop of intensity into our same old everyday.   It is a place of intensities. 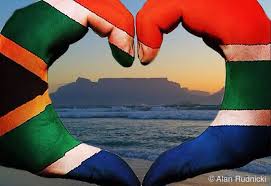 I have had a lovely week of intensities.
Firstly there is the Zondo Commission of Inquiry into State Capture – the scenario on State corruption.  The Commission, under the Chairperson of Deputy Chief Judge Raymond Zondo, has been going on for some months, and reached another highlight this past week –  when   Former President Jacob Zuma was called to give his account, response or version to some allegations implicating him on this matter.

This had many South Africans, including me,  glued to their television sets to hear what he had to say.   We have come to know that Zuma is a whiz kid at camouflage and delay tactics when trying to avoid the truth.
We are also beginning to understand the excellence and efficiency of Judge Raymond Zondo, with his very laborious way of weighing up the finest of details and facts in every witness’s statements.
This past week I was reminded of a saying I had heard a long time ago that says ‘ the mills of God grind exceedingly slow, but they grind exceedingly small.’
Truth will prevail, justice will be served, its only a matter of time. 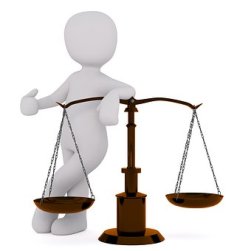 What really impressed me was the attitude and manner of Commissioner Zondo.
He, with full insight at what was unfolding, dealt with the cat and mouse game at play resulting in an impasse reached by the two legal teams – Zuma’s lawyers and the Commission’s  legal team.
Not only did he intervene, with velvet gloves, in absolute fairness, to both parties, but he commandeered the situation to an agreeable consensus to continue at a later stage.    So Zuma,  pleading the victim, was shown grace,  and the latitude he never knew he needed, to save his face, and afford him an equitable chance to state his side of the matter.
What, I saw unfolding before me, and that I took much strength from,  was what James
2:13 speaks of –   “Mercy triumphs over judgment.”
So very well done Commissioner Raymond Zondo, South Africa shows mercy to its scoundrels.   We are proud of you.

Then changing pace, but with passion, was the play off of the South African Netball team against our constant sports rivals Australia, at the  2019 Netball World Championships in Liverpool.
Netball, an almost orphan sport in SA, has now been thrust into the world arena.   And the South African team was right up there in the semi finals to bring us some glory.    Our national Soccer boys don’t make it (ever), our receding financial deficits seem to squeeze the life out of us, and politically and globally we look clumsy incapable and incompetent.     How we need  to have a few victories under our belt to help us feel a whole lot better about ourselves.

So it was with great fervour that we were all rooting for our Protea girls has they did battle against the Diamond girls from Oz.     An absolute gallant effort, a wonderful game of Netball, but sadly we were narrowly beaten by two points by the eleven-times world netball contenders.   We look forward to the next Netball World Championships in 2023.   So well done our Netball Proteas.  You give us hope, and we are proud of you.

Then finally, at last we got to taste a little victory, when The Rugby Championships kicked off, and South Africa beat Australia, by a large margin.   We saw new up and coming talent in our side that will bring fresh winds of energy to the old game.
Most South Africans are besotted with rugby.  It is an ingrained lived out passion in our culture of many diversities.   And it brings with it a pride and purpose of a nation in the making.   It is a wonderful nation builder, and puts us on a global sports platform so that we can showcase our young talent.    Sport is such a passionate vehicle for social development, nationally and internationally.   And to win makes it that much sweeter.

Its been a good week.  Its always good when intensity and passion beats down the humdrum, and you just know there’s living to be done.
We all need to have expectations and gratifications along life’s way …. so as to put a little  bloom on the ordinary.
And for a few hours I did bloom in intense expectations  –  even if it was only from my favourite and comfy TV chair.