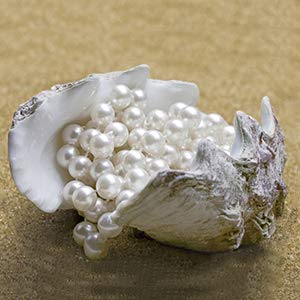 I have a pink polka dot covered book that I have titled ‘My Collection of Pearls of Wisdom’ in which I have written down the clever things other people say or their knowledge and insights.  Other people’s treasures are at times to valuable to just discard, and thus my collection – but then I am a word-hoarder at heart.

I rediscovered the following, written in 2016 by Julie Wick, who is a Los Angeles based reporter and editor , and thought to share it with you.
I believe that we here at WordPress all have one thing in common, we want, and do, write.   And this post is on writing and telling stories.   I hope it will spur you on in your writing, to further explore your soul, and the talent at the end of your very own finger tips  !

“Stories are our prayers.   Write and edit them with due reverence, even when the stories themselves are irrelevant.

Stories are parables.  Write and edit and tell yours with meaning, so each tale stands in for a larger message, each story a guidepost on our collective journey.

Stories are history.   Write and edit and tell yours with accuracy and understanding and context and with unwavering devotion to the truth.

Stories are music.   Write and edit and tell yours with pace and rhythm and flow.
Throw in the dips and twirls that make them exciting, but stay true to the core beat.

Stories are our soul.   Write and edit and tell yours with your whole selves.
Tell them as if they are all that matters.
It matters that you do it as if that’s all there is.”

Now go write something.   String your words of wisdom together, like a pearl necklace for the world to wear ! 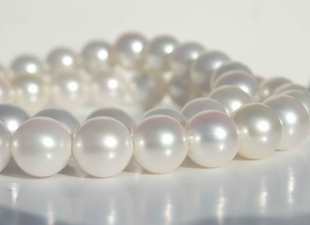 My heart has a special place for red geraniums.   Whenever I spot one in a garden I am reminded of the smoothing sense that contentment brings.

A few years ago, our family went through a trial of testing and of change.  It always is a little disturbing when you can’t see the road ahead of you.   So many an early morning I would just sit quietly in my garden with a cup of hot coffee and soak up the moment.

One morning I began to see things in my garden, and my garden began talking to me !
And no,  I wasn’t losing it –  it was the flow of ponder that brought new insights.
I began writing down some of the musings taking place, eventually had a little pile, which I bundled together, and labelled  My Talking Garden.

Now that I am pursuing my drawing skills with more classes,  I decided to do a project by combining my muse-writings with  illustrated drawings, to publish on my blog from time to time
Here for you then, is my wish for you, and my muse on the Red Geranium.

Have a Red Geranium Day

In my garden is a small red geranium, seemingly leaning on the foot of the giant Strelitzia, growing in the corner, behind the bird feeder.
A morning blast of sunlight made this red geranium centre stage.
How brilliant the red I thought.
Not in itself heralding a call for focus, just being there, brilliant in its position, in its colour, in it own small glory.
My heart aligned itself to the red geranium, and for a moment that is what I wanted to be.
No want for the clamouring of position, of attention for love, of big dreams fulfilled.  No want to cry for the well-being of family and friends and country.
No want, no needs, no demands.
What bliss.
Just to be there, to bake in the glory of the morning Son, nestled at the foot of the Father – and for a moment just To Be.
To let go and to live in this day, no matter the busy, the chore, the pain, but to live in peace and in quiet.
Today I am going to have a red geranium day, I thought to myself,
And just be a splash of bright colour in my own garden, to rest in a kind of contentment that peace brings.
May you too, my friend,  have a red geranium day,
and share this vast contentment that is mine today.

Psalm  37:7
Rest in the Lord, and wait patiently for Him;

Do you know how sometimes you cherish something, neatly tuck it into the folds of your memory, and then overtime it gets lost ?   Something triggers and a  gentle flutter lets you know, although vague, its still in there somewhere.
That’s what happened to me recently when someone wrote of a poem I learnt at school many years ago….something about an Arab (?) – and a tribe !!  So I went searching and found it again, that special poem I had tucked into my memory as a keepsake to cherish.
Joy !   You know the feeling you get when you find your misplaced keys, just magnify that by 10 !   It was as if someone had struck a resonant cord on a big bass guitar that vibrated through my soul, sheer delight!

The poem was written by Leigh Hunt in the 1800’s and not regarded as any great literary feat of the time yet here it is, 200 or so years later still giving insight and delight.  That surely must be a mark of the extraordinary ?

Little snippets about the poet., –  from http://www.poetryfoundation.org

Leigh Hunt was a centre figure of the Romantic movement in England in the 19th century but he was not, as he wished to be and knew the was not, one of its great poets.
He was a master of mood and atmosphere.   Rather than having depth and passion, his poetry is imbued with the spirit of cheerfulness, which make it pleasant but not great.
He devoted his entire life to literature, writing several volumes of poetry, many essays a handful of plays and a novel, as well as making other literary contributions as a critic, editor and encourage of young writers.

Abou Ben Adhem first published in 1838 is a simple poem bearing the theme that to love man is the same as to love God.  It also includes the line used as Hunts epitaph.  “Write me as one who loves his fellow man”

Here for you to enjoy is the poem that I had lost, and now is found, and speaks so simply, yet so profoundly on the priorities of a life well lived.  Like me, I hope it will settle your soul and let you know that in spite of everything going on around us, all is well.

Abou Ben Adem, (may his tribe increase),
Awoke one night from a deep dream of peace
And saw, within the moonlight in his room,
Making it rich, and like a lily in bloom,
An angel writing in a book of gold :-
Exceeding peace had made Ben Adhem bold,
And to the presence in the room he said,
“What writest thou?” – The vision raised its head,
And with a look made of all sweet accord,
Answered, “The names of those who love the Lord”
“And is mine one?” said Abou  “Nay, not so,”
Replied the angel.
Abou spoke more low,
But cheerily still, and said, “I pray thee, then,
Write me as one that loves his fellow man”

The angel wrote, and vanished.   The next night
It came again with a great wakening light
And showed the names whom love of God had blest,
And lo ! Ben Adhem’s name led all the rest.